The Kingdom of Saudi Arabia’s position at the heart of the Middle East and is a hub in the submarine networks in Middle East region. 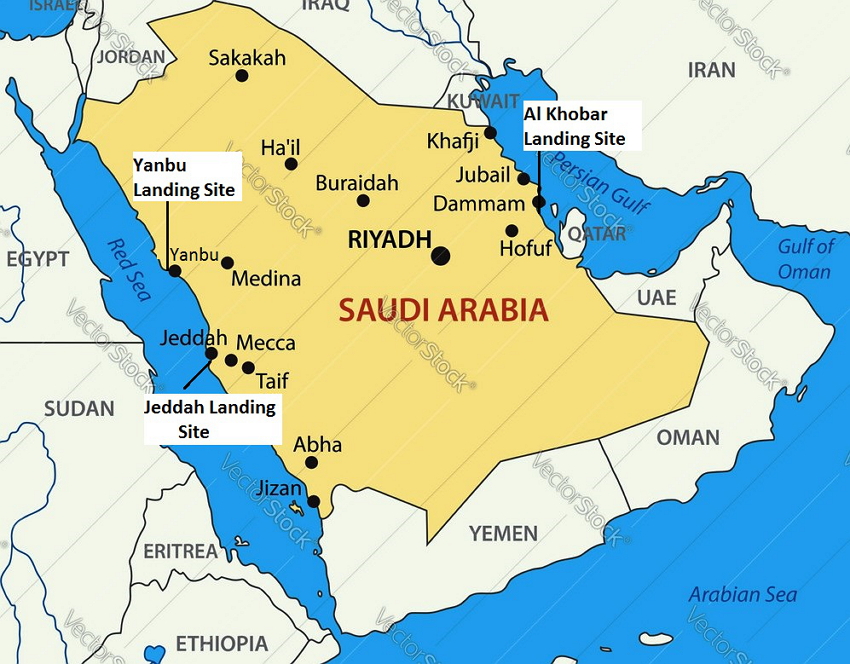 As most of the existing submarine cables are landed at Jeddah due to easy onward connectivity from Asia to Egypt & Europe.  There are advantages in having additional cables landed in new pieces of land elsewhere. As an example, SE-ME-WE-5 cable landed in Yanbu. Yanbu was selected as a SE-ME-WE-5 landing site for ease of connections to capital city Riyadh and Jeddah, as well as the fact that the seabed off its shore is very favorable for submerging the marine cable and could offer the necessary physical diversity.