According to a study published in the November 2012 issue of Submarine Telecoms Forum magazine, Xtera leads in submarine cable network upgrades in 2012 with 35% of market shares, Infinera takes the second, and Ciena seats the third. And it also shows in the study that 100G upgrades is now dominated in the market. 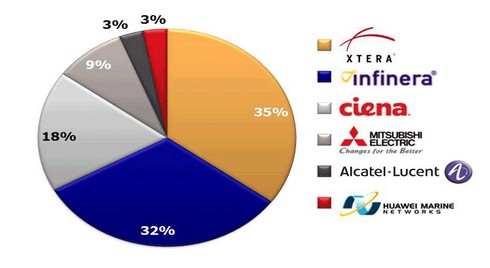 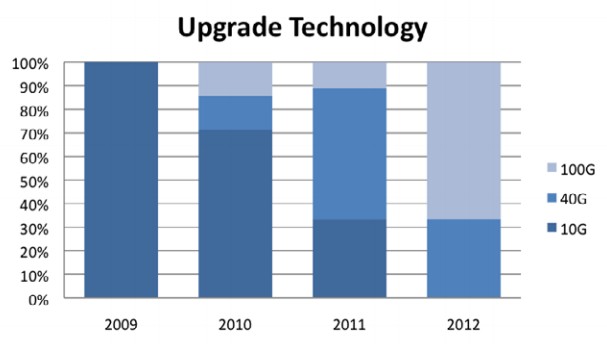 Thanks to Stephen Jarvis and Submarine Telecoms Forum for this great study which is one I am trying to do as well.

From this study, it is surprising to find Alcatel-Lucent Submarine Networks acquires only 3% of the market share, no wonder why Alcatel-Lucent planed to sell its submarine cable business. And it is even more surprising, TE Subcom gets little of the pie and seems disappeared.

Amazingly, Huawei Marine Networks seizes 3% of the market pie, as much as what ASN does. It is more than expected for this new vendor breaking through the submarine cable industry not until the end of 2008.

Why can Xtera, Infinera and Ciena be so successful to defeat the initial submarine cable system suppliers to take most of shares in submarine cable network upgrades? I think, it owes to standardized system interfaces which allow equipment of new suppliers can be inserted into and operated compatibly with dry and wet systems of initial suppliers. In most cases, these news competitors offer much more cost-effective upgrade solutions to enable operators to upgrade dry plant and even reconfigure wet plant.