According to VNNIC, as of March 2013, there were 31,304,211 internet users, with a population penetration of 35.58%, and Vietnam's international internet bandwidth has reached 391 Gbps. Vietnam Internet has been developed fast in the past years, and its international connection bandwidth was at least tripled in 2012-2013. 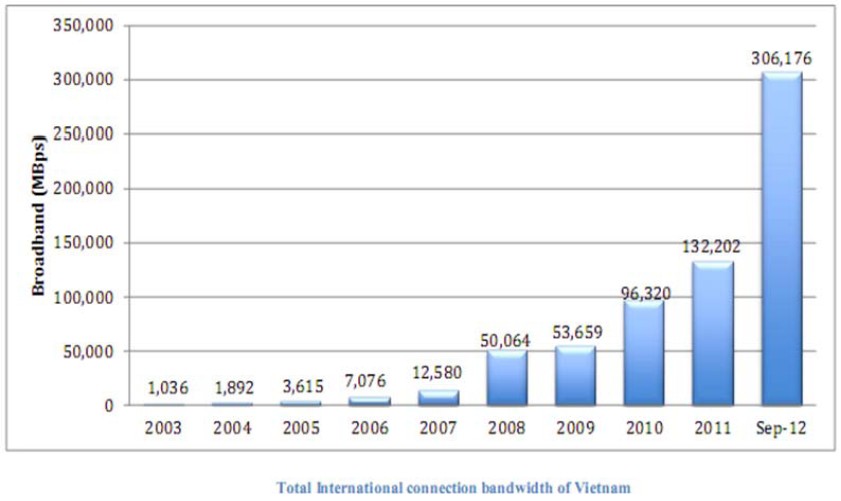 Vietnam's international internet connection relies too much on AAG, no matter 40% or 60%, AAG carriers approximately half of Vietnam's internet traffic. Since its ready for service in late 2009, AAG cable is quite unstable, at least 5 outages has been occurred in Vietnam coast. With such frequent outages and repairs, AAG cable becomes even more fragile in Vung Tau branch.

So, it is obviously challenging for Vietnam internet to avoid disruption by the next AAG cable outage. By then, there will be more than 200G of Vietnam international internet bandwidth running over AAG cable.

With my experience, there are some possible solutions for Vietnam internet to avoid disruption.

First, based on the frequent outages of AAG cable in its Asian segments, especially the Vung Tau branch, we can conclude that the cable route of AAG is not optimized. A rerouting or deep bury of cable may be a possible solution. The TPE cable had similar problem offshore Qingdao right after its ready for service, a deep bury has improved its stability quite much.

Third, Vietnamese ISPs need to diversify their internet traffic, even if the AAG cable route is good enough. Diversification should be always an important rule for any strategic network planner. Besides AAG, TGN-IA and C2C are now possible alternative routes for Vietnam internet, but both with limited capacity. On the other hand, there are now various terrestrial cables connecting Vietnam and China and onward to Hong Kong, Japan and the USA. The Vietnam-China terrestrial cables can be stable routes for Vietnam internet, some ISP like Viettel has activated multiple 10G in this way to achieve better performance.