OTEGLOBE won for the second time the Best Eastern European/CIS Wholesale Carrier award at the Global Carrier Awards 2018 that took place in London on Wednesday, 24 October. This award is an acknowledgement of OTEGLOBE’s thoroughly planned and executed strategy, which lead to the company’s continuous growth over the past 12 years. 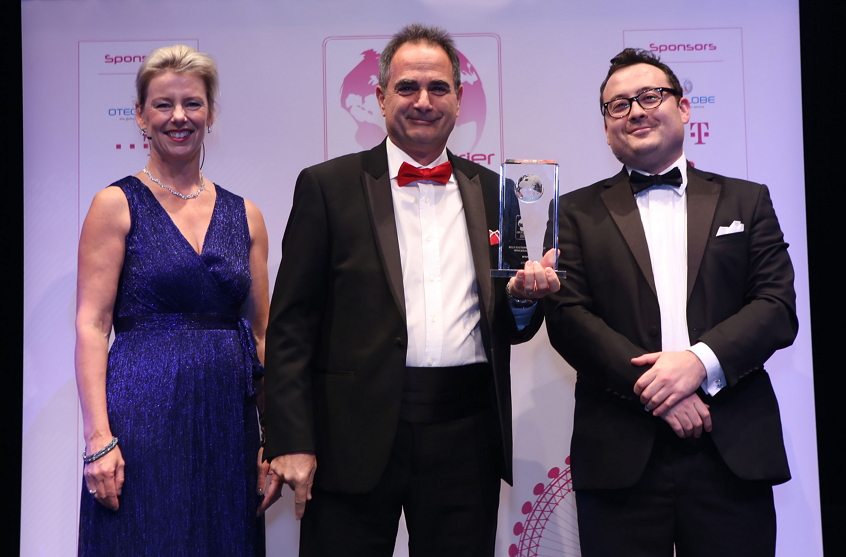 Being the only carrier that reaches Western Europe through Greece, over a fully mesh optical backbone network of more than four diverse terrestrial routes crossing Italy and the Balkan region, OTEGLOBE operates the most robust, resilient, protected and extensive network in Southeast Europe.

At the same time, by investing to become a full member and landing party in Asia-Africa-Europe–1 (AAE-1), the biggest intercontinental submarine cable system to connect Asia, Middle East and Africa to Europe, OTEGLOBE is also extending its network and service reach to the booming markets of Asia and Africa.

As a result, by combining a resilient subsea route with a diverse terrestrial network, OTEGLOBE offers to the market a completely new, alternative path for connecting Europe to Asia through Greece and emerges as a reliable hub in the Mediterranean basin. Traffic from Asia is routed through AAE-1 new subsea cable to OTEGLOBE’s landing station at Chania, and from then on through OTEGLOBE’s diverse and protected terrestrial network to Europe, ensuring resilience and diversity in the region. 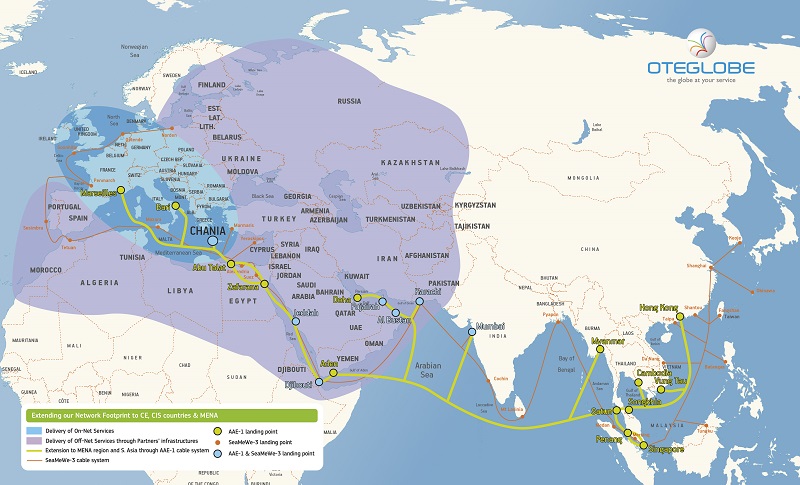 “It is a true honor to be awarded for one more year as the Best Eastern European/CIS Wholesale Carrier” said Dino Andreou, CEO of OTEGLOBE. “As a reliable hub in the Mediterranean basin for connecting Europe to the world, OTEGLOBE will continue to design and offer top-class quality services & solutions which respond to the constantly increasing needs of the international wholesale market, while adding value to our partners”.

“We congratulate OTEGLOBE on winning Best Eastern European / CIS Wholesale Carrier, which underscores the high benchmark the company has achieved in the carrier space,” said Rosalind Irving, CEO of Capacity Media. The judges said that “this carrier incorporates the latest technical innovations, such as 100G technology and IPX, and is the landing party to one of the biggest intercontinental subsea cable systems, which was set in full commercial operation at the end of last year. This carrier is also extending its network and service reach to the booming markets of Asia and Africa”.

Over the past 14 years, the Global Carrier Awards has become the biggest and most prestigious awards event in the carrier community. This year’s event was attended by 400 senior-level executives, celebrating the highs in the global wholesale industry with an evening of fine dining and entertainment. With record number of over 246 entries submitted for this year's awards, all categories were judged by an independent panel of telecoms analysts, industry experts and the senior editorial team of Capacity Media.
More information on http://www.capacitymedia.com/Global-Carrier-Awards