Over the last few years, an explosive growth of data and bandwidth has taken place due to the development of data center, cloud computing, and big video services. This is posing higher bandwidth and latency requirements on submarine cables. To meet the requirements, more and faster submarine cables are needed.

In addition, the worldwide demand for connectivity is increasing as cloud computing, Internet of Things (IoT), Big Data, and mobile Internet continue to develop rapidly. Submarine cables are vital in the effort to create a better connected world. They are the cornerstone for economic development and draw the attention of governments and investors. However, many challenges are involved in the construction of submarine cable networks. Further support from governments and the open collaboration of all players in the industry chain are required to overcome these challenges. 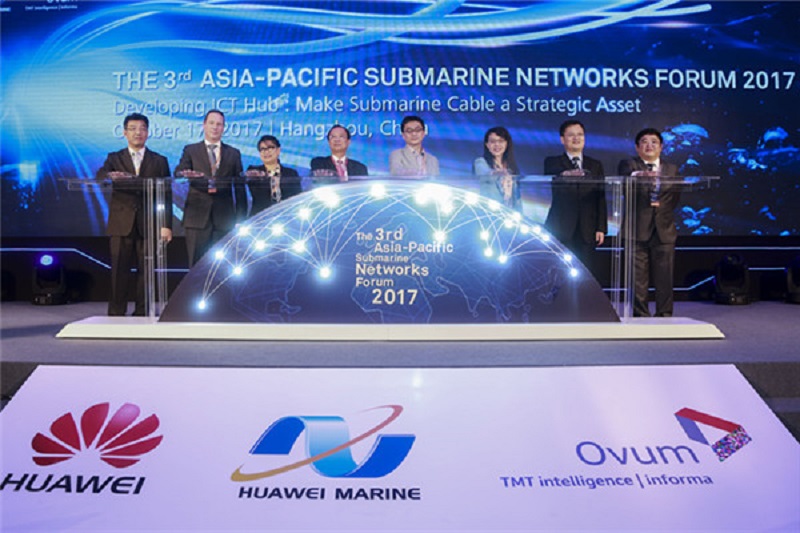 On October 17, 2017, the third Asia-Pacific Submarine Networks Forum was opened in Hangzhou, China. Previous forums have been held in Beijing and Singapore. This year's forum, co-hosted by Huawei Marine, Huawei, and Ovum, was themed "building an ICT hub to enable the digital economy in the Asia Pacific Region" and attracted over 200 participants from governments, operators, financial institutions, consulting firms, and suppliers.

Of the government agencies and operators that attended, those from China, Cambodia, and Thailand discussed the development of the submarine cable industry and how to cope with the challenges, seize opportunities, and make submarine cables an important asset in the digitalization strategy.

Worldwide, the demand for bandwidth and the number of cloud facilities continue to increase. Driven by markets and technology innovations, the demand for submarine cables will also increase. Technology innovation, such as the emergence of VR, UHD video, and 3D video communication, also drives the growth in traffic. According to TeleGeography, a well-known international consulting firm, the annual growth rate of bandwidth demand will be 37% globally in the next five years.

The lifespan of international backbone submarine cables is only about 25 years. Many legacy submarine cables are in need of being upgraded. However, the capacity of submarine cable systems can be improved by using new optical transmission technologies during their life cycle. 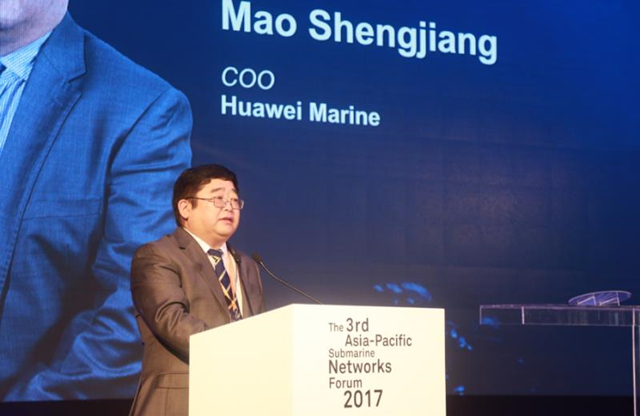 As pointed out by Mao Shengjiang, the COO of Huawei Marine, "The submarine cable market is constantly changing and evolving, and new construction models, investors, and financing models are emerging."

From the perspective of operators, the submarine cable market is changing significantly. At the forum, one Chinese operator noted that the legacy "club cable" and "private cable" structure is changing in the following aspects:

Operators keep a close eye on European and American Internet content providers, such as Google, Amazon, and Microsoft, which are deploying super-large data centers around the world to improve their big data processing capability and provide enhanced services. These content providers do not want to rent international submarine cable bandwidth, which can be expensive. Instead, they have started to invest in or form partnerships in submarine cable systems.

To address the changes and facilitate the development of submarine cable networks, different players need to find a way to cooperate.

In the Asia-Pacific region, governments provide strong support for developing the ICT infrastructure and have established programs such as National Broadband Policy of Thailand, Digital Bangladesh Vision 2021, Cambodian ICT Masterplan 2020, and Myanmar e-Governance ICT Master Plan. In the South Pacific region, governments are funneling more money into ICT development. The Indonesian government plans to invest US$23 billion in the ICT industry over the next five years, for projects such as building a marine hub and South Pacific DC hub in Indonesia. 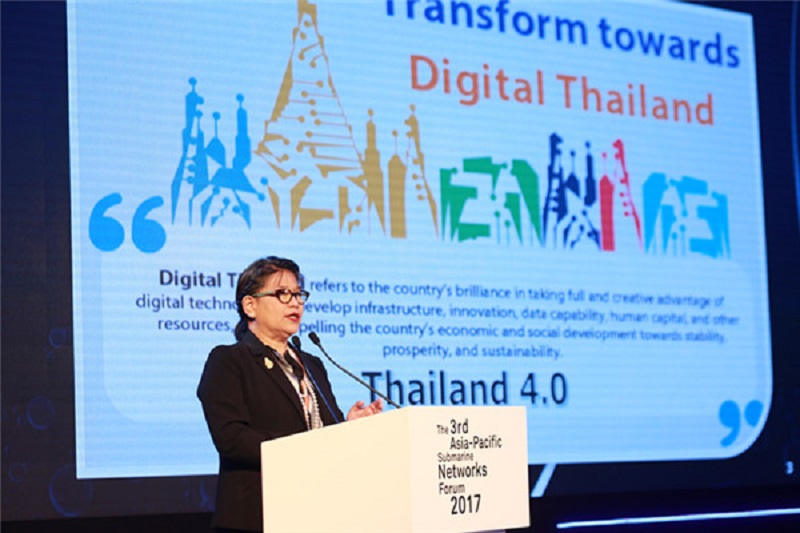 Vunnaporn Devahastin, acting secretary-general of the Office of National Digital Economy and Society Commission of Thailand, said in an interview, "Submarine cables connect not only different parts of a country, but also different countries. Thailand can be an ICT hub to connect different countries through submarine cables. We also hope that we can share data with other countries through infrastructure construction."

In China, with Chinese companies "going out" and foreign companies "coming in" due to the "One Belt and One Road Initiative", operators are active in submarine cable network construction.

Sun Juan, a Deputy Director at the State Oceanic Administration of China, pointed out at the forum that "the Asia-Pacific region is an important area along the 21st century Maritime Silk Road in the Belt and Road Initiative. Therefore, the construction of submarine cable networks in this region is an important part of the Belt and Road development."

International submarine optical cables have contributed to the development of international communications and global economy. This achievement has not gone unnoticed in China. Since the launch of the "One Belt and One Road Initiative", China and 12 neighboring countries have constructed cross-border terrestrial cable networks and four international submarine cables, and will lay more submarine cables in the future to bring the countries along the belt and road closer together through modern infrastructure.

To cope with the challenges, the submarine cable industry is poised to seize the opportunities through technology innovation. Huawei Marine has shown strong competitiveness in the marketplace and maintained fast growth year on year while many established providers of submarine cable services are making no progress.

"Huawei Marine has signed 56 projects since its establishment, covering more than 60 countries," said Mao Shengjiang, COO of Huawei Submarine. "The total length of the cables that have been laid or are being laid is almost 40,000 kilometers, enough to wrap around the equator. Huawei Marine will always be customer-centric and work closely with partners to meet the requirements and challenges of the industry."

In such a competitive market, why does Huawei Marine continue to grow so fast? This can be attested to Huawei Marine leveraging Huawei's technology innovation capability, global sales platform, and open and mature submarine cable ecosystem and Huawei's customer-centric strategy.

Huawei has actively facilitated the communications between China and other countries and regions on national ICT in recent years and achieved positive results. Huawei has also established good relationships with export-import banks and funds, such as the Eurasia Foundation, Silk Road Fund, China Development Bank, and Exim Bank of China. In addition, Huawei provides end-to-end support for partners during the construction of submarine cable networks.

The development of submarine cable networks faces many challenges. The guests at the forum proposed many suggestions to cope with the challenges. One such suggestion, from a Chinese operator, advocated global partnerships to push governments to attach greater importance to the construction of international submarine cable networks and create policies to facilitate submarine construction approval, local employment and international expatriation, investment in international communication infrastructure, and personnel safety protection.

Elevate the importance of submarine cables to the level of national strategy and establish minister-level multi-national coordination mechanisms. Establish a committee for the construction of submarine cable networks, leveraging the geopolitical advantages and cooperation organizations, such as China-ASEAN Forum, Forum on China-Africa Cooperation, China & Latin America Forum, and Arctic Council. Prioritize submarine cable projects and information connectivity to coincide with the development of the 21st century Maritime Silk Road. Optimize the appraisal of China's operators to encourage them or other enterprises to channel long-term investment and join forces in sovereign construction of submarine cable networks.

(Editor's note: This article is based on the translation and revision of its Chinese version written by HUANG Haifeng, translated by Chenny Chen)