CMC Telecom on last Thursday officially inaugurated its Cross Việt Nam Cable System (CVCS), which is the only system in Việt Nam directly connecting the Southeast-Asia grid. With a total length of more than 2,500km, the CVCS cable system passes through 19 provinces and cities in the country from the northern Lạng Sơn Province to the southern Tây Ninh Province. The CVCS cable system has a total investment of VNĐ500 billion (approximately US$22 million). 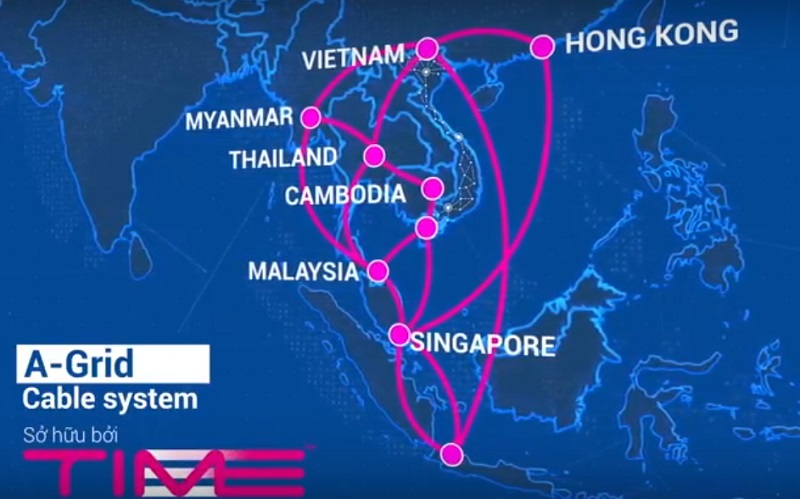 With the CVCS cable system, Việt Nam has access to the Southeast Asian region, connecting Malaysia, Singapore, Cambodia and Thailand. The CVCS cable system would be connected to most subsea cable routes in the region such as APG, AAE-1, UNITY and FASTER.

The CVCS has been built using the latest technology, with a bandwidth capacity of up to 9.6Tbps. It would help Vietnamese firms experience a continuous, stable and more completed information and technology infrastructure.

On the same day, CMC Telecom also inaugurated its third Data Centre with a total area of 1,200sq.m.

This has been the first and only data centre in Việt Nam applying the Payment Card Industry Data Security Standard (PCI DSS). This is a compulsory information safety standard for storage, transmission and processing companies for card payment managed by five leading international organizations, including Visa, MasterCard, American Express, Discover and JCB.

Speaking at the ceremony, deputy minister of Information and Communications, Phạm Hồng Hải said the strong growth of CMC – a private group in the past few years  proved that the Government had created an equal competitive ICT market for both State-owned and private firms.

“I’m sure that the launching would play an important role in providing high quality services with reasonable prices to internet users in Việt Nam and the world,” Hải said.

The launching has marked the leaping development of CMC Telecom in its 10 years of operation. It has been honoured as one of the five IT firms having contributed largely to Việt Nam’s internet development in the past decade.

CMC Telecom is one of 8 subsidiaries of CMC Group. It has been the first provider applying Gigabit Passive Optical Network (GPON) and using 100 per cent of fibre cable.

It is also the only ICT firm in Việt Nam with a foreign strategic shareholder, Malaysian group TIME dotCom Berhad (TIME), holding 46 per cent of stake at the company.