At the Submarine Networks World 2019 event, there was a new brand from Africa: Botswana Fiber Networks (BoFiNet). Never aware of BoFiNet’s involvement in any submarine cable project, I was quite curiously and had an interview with Mr. Keabetswe Segole, Commercial Executive at BoFiNet. Then I got to understand BoFiNet has invested in WACS and EASSY subsea cables and is the operator which connects Botswana to global submarine networks. BoFiNet has co-built with Paratus the fiber network from WACS cable landing station in Swakopmund, Namibia to Botswana. And BoFiNet is co-building with Broadband Infraco the terrestrial fiber cable connecting Botswana and Johannesburg, South Africa.

Botswana is a landlocked country at the heart of Southern Africa, bordered by Namibia, Zambia, Zimbabwe and South Africa. With a population of 2.3 million and being one of the fastest-growing economies in the world, Botswana enjoys a relatively high standard of living and one of the highest human development index of continental Sub-Saharan Africa. 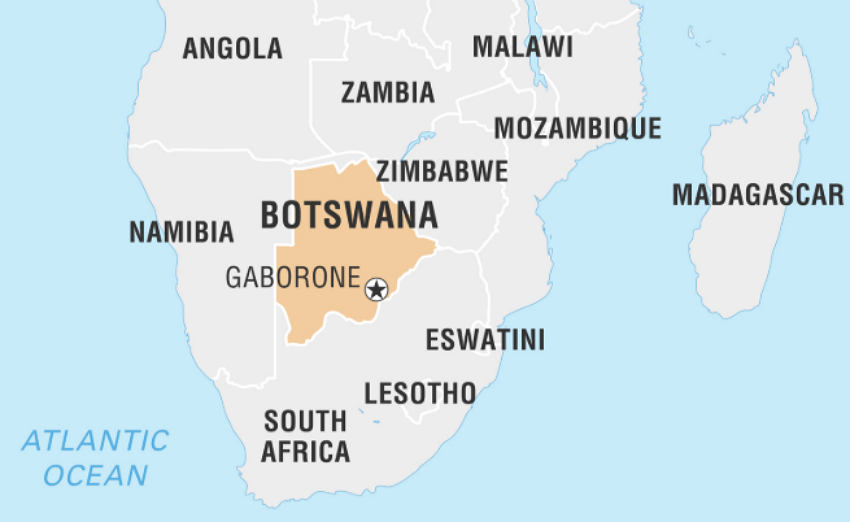 According to Mr.Segole, BoFiNet was incorporated in 2012, as a stated-owned wholesale provider of national and international telecommunication infrastructure in Botswana. BoFiNet is mandated to provide and operate a world class telecommunications backbone network infrastructure which will drive connectivity and economic growth. BoFiNet provides capacity and backbone services to all licensed telco operators both nationally and internationally for their business connecting Botswana.

Why does BoFiNet present at the Submarine Networks World event? Mr.Segole said, BoFiNet is an interest party in the development of submarine cable systems, which were demonstrated by BoFiNet’s investments in WACS and EASSY cables.

As a inland country, there is no submarine cable landing station in Botswana. BoFiNet has explored their own approaches to bring subsea cables into Botswana.

BoFiNet has co-built with Paratus the fiber network from WACS cable landing station in Swakopmund, Namibia to Botswana. Mr.Segole said ”we found it’s very important for us to control our own network. And the price for transit Namibia is quite expensive. We found it better to build our own network to Namibia.”

“Similarly for South Africa, we are currently building fiber infrastructure between our capital city Gaborone and Johannesburg. Obviously, Johannesburg is one of the biggest hubs in Africa. 70-80% of Botswana’s international traffic goes to South Africa. And it only makes sense for us to build infrastructure to the hubs.” Mr.Segole added. BoFiNet is co-building with Broadband Infraco the terrestrial fiber cable connecting Gaborone and Johannesburg.

Although the other operators don’t have sufficient fiber infrastructure as BoFiNet, they are competing with BoFiNet on whole-sale market. For example, many operators in South Africa have built optical fiber cables to the border of Botswana, they can connect with Botswana’s operators other than BoFiNet and deliver service into Botswana.

As a measure to compete with those operators in South Africa, BoFiNet is building its own fiber infrastructure into South Africa.