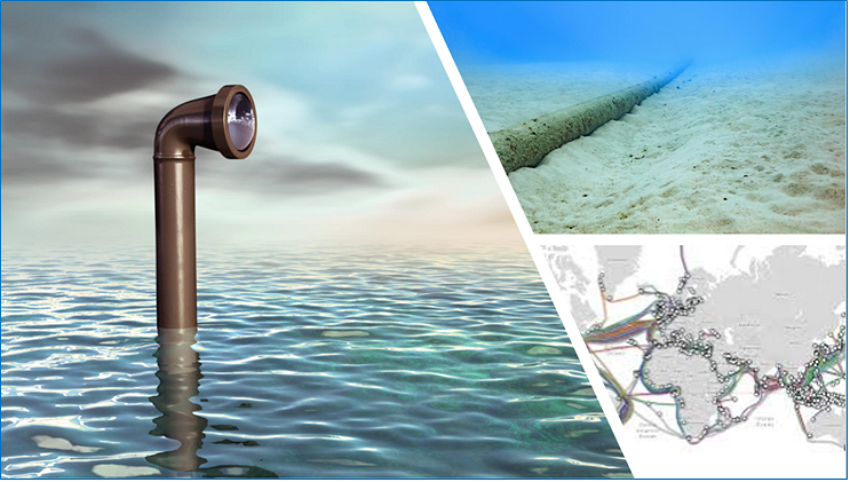 This article aims to take a closer look at a bunch of subsea routes with potential for new submarine cables where, response to the question - why should someone build a submarine cable on this subsea route, leads to logical conversation, if not winning argument. It gains relevance in the backdrop of high fiber count cables shifting market focus from Wavelength ownership to Fiber Pair (FP) ownership. Further this shift in subsea connectivity paradigm is set go beyond OTT play to wider provider community led by forthcoming demonetization of FP economics.

Highly attractive deals for $/FP compared to opex for capacity inventory over 5-10 years will expand the addressable subsea connectivity market in the course of next 2-3 years. Further some of these subsea routes are covered with two or more underutilized and aging consortium cable systems, singly or as interconnected segments, that are outright expensive with high O&M charges. Arguably they are on the verge of losing relevance as new cable systems with higher T/FP and higher FP/Cable being planned and developed by Independent Infrastructure Providers (IIP) become RFS.

Having looked at these subsea routes, do we see a new trend in submarine cable built shaping up, particularly in the EMEA-India-APAC corridor, that of short-span high-fiber-count submarine cables which foster collaboration for FP ownership and FP swap. Will it lead to new business dynamics to develop longer span subsea connectivity by interconnecting submarine cable system akin to modular architecture! While FP swap seems to be win-win reciprocal arrangement, some consider it collective or cartelized weakness.

It's time to conclude. The subsea routes considered are those where some ongoing movement to explore, plan and develop new submarine cable systems is seen in public domain or have come up in privileged conversations. In some or arguably most cases a phenomenon of spot jogging is seen, where there are marketed activities, but movement is perceptibly absent. In others indefinite silence follows flashy announcement. Some make a determined comeback and go ahead with implementation. It’s through the meandering pathways of light and shade, of hope and hopelessness that new submarine cable development goes through, for 2, 3, 4, 5 years and even more in some cases before it gets funded and gains anchor customers. That’s the reason entrepreneurial endurance of submarine cable entrepreneurs is highly admired, and I remain hopeful they would develop new submarine cables over the subsea routes discussed here in the next 2-3 years.