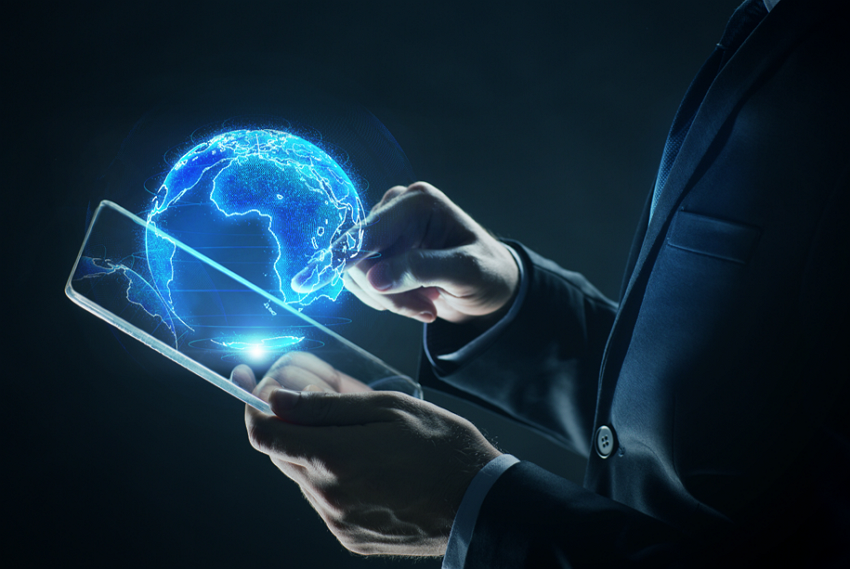 There are well recognised benefits to developing economies from investing in connectivity. However, the most pressing problems with facilitating the creation of new business and economic growth is a lack of the legacy infrastructure that has slowly been built in developed economies over the past 150 years. These infrastructure requirements include railway lines, highways, ports, telecommunication facilities and subsea cables, upon which the modern internet is built.

Given the significant costs that building much of this infrastructure requires, most countries have settled on a combination of encouraging investment and what the World Bank defines as “leapfrogging”, where instead of creating western legacy systems they move directly to digital technology platforms. This saves these countries from needing to build expensive telecommunication structures and creating large systems which in many cases would be inefficient, especially in sparsely populated geographies.

Instead, by moving straight to digital emerging market economies can gain from the efficiency of newer technology and benefit from the significant network effects in commerce, communication and data analytics. This demand for connectivity means the subsea cable industry is rapidly accelerating as the global south seeks to become fully interconnected, with a boom in the number of cables being built in order to connect emerging markets with both developed markets and other emerging markets.

Today, there are still over 4 billion people in the world who do not have reliable access to the internet. While many of those that do have access have very limited capability, meaning that their usage is highly constrained. By getting these people online, the economic effects will be revolutionary.

Many who are not connected are in the most need of basic services which they cannot access. By providing someone in a rural village with internet access, it becomes possible for them to order key health services, use much of the free information online to further their education, connect to key financial services and communicate with those further away.

Given that submarine cables carry approximately 97% of internet traffic, they play a central role in providing digital capability. As such governing bodies within numerous countries are increasingly trying to encourage the implementation or expansion of submarine cables networks. A decade ago, only 16 African countries were connected by submarine cables; this has now increased to over 30.

Many countries have seen the incredible effect that the digital revolution has played in countries like China, leading to the growth of two of the world’s true internet giants in Tencent and Alibaba, and wish to develop their own national champions for the digital age. However, to provide these services there is a major investment needed.

There are an increasing number of planned cables to by build in the Atlantic region, mainly in the south region, such as the South Atlantic Cable System, the first directly connecting South America and Africa, build by Angola Cables. Emerging market economies are also insisting that they have a strong share or ownership of the submarine cables they build. This is seen as a national imperative to allow for the digitalisation of their emerging economies and to ensure some sense of governmental control of the digitisation process. For example, the South African government insisted that the Eastern African Submarine Cable System cable had significant African ownership to align the countries’ interests with the companies’.

Funding for these new submarine cable projects is coming from a wide variety of sources. For example, Japan has partner for the investment of SACS, which has being built between Angola and Brazil and was built by NEC, China has partner for investing in on SAIL subsea cable, which will be built between Brazil and Cameroon and will be built by Huawei Marine Networks. China is also involved in the construction of the PEACE cable from Pakistan to East Africa, again build by Huawei Marine Networks. This is part of the much larger Belt and Road initiative, through which Chinese companies are building vast swathes of infrastructure throughout Asia, Africa and the Middle East. OTT companies are today also active investors in submarine cables. The Monet subsea cable is an example, connecting Florida in the USA, to Brazil in Santos São Paulo and Fortaleza. Furthermore, countries and companies in the global south are also putting in more investment as part of the efforts to exert increasing control over the cables built in the region.

Investment from the cloud

As global submarine cable networks continue to expand, we have also seen business models evolve over time to make the best use of the increased connectivity being made available. Two of the most prevalent trends have been firstly, the explosion of consumer content, enabled by mobile viewing and secondly, the rise of the cloud.

Submarine cable companies have increasingly seen this opportunity and are investing vertically into data centres, colocation provision and cloud services. Not only do they have the ability to offer the best rates, but also some of the best connectivity options, because they control the cables, through which IP travels. Given the growing importance of securing their services, cloud services providers such as Microsoft have also been investing vertically, with deals in South America and South Africa. Another tech giant, Facebook are increasing the amount of their investment all over. Across the globe, the other major tech players are also increasing provision. For example, Alibaba invested in the Reliance Communications project.

Outside the internet ‘giants’, the globalised nature of cloud provision means that there are also a whole host of regional players also trying to claim their share of the market. Providers such as Rackspace, Fujitsu, Alibaba and CenturyLink are all part of this picture of vertical integration between cable networks, data centre provision and cloud services.

Alongside this, data centre operators are putting a larger focus on cable landing stations as their value rises. The data centre industry is incredibly competitive, and one of the best differentiators is the ability to provide low latency, high throughput connects, which is significantly easier at a landing point. We can expect this to further drive, their investment in submarine cables as cloud providers trying to compete with ‘the big three’ increase their investments.

Data Analytics and the Internet of Things

Data is becoming increasingly important, with media pundits going as far as describing it as “digital oil”. However, unlike the lucrative growth of the oil transport and trading business over the last 100 years, the data market will be subject to different dynamics and restrictions.

As such, data analytics will play a major role in where and how data flows in the next ten years. The recent regulatory environment around data capture and analytics is becoming far less welcoming of moving data abroad. Two major economies who have taken active steps to secure data within their region are the EU and China. Through GDPR, the EU requires international companies to keep data about European citizens within the EU and delete any information held upon their request. While China has forced Apple to bring much of the data it holds about Chinese citizens on-shore as well. Larger countries understanding the power data has are increasingly reticent to allow it to be shared worldwide. For those countries that are somewhat more laissez-faire, huge amounts of data will flow to regions where companies feel most comfortable processing that data and have the skills and ability to do so.

Last but certainly not least, the advent of 5G, VR/AR, IoT and increased video quality will lead to huge demand for submarine cables. 5G connectivity will lead to an explosion in data production and consumption as more and more devices become able to communicate with each other. As spare capacity within cables drastically decreases, the demand to build new networks that are fast enough and have much larger capacity will grow. The cable market will need to continue to innovate to ensure that submarine cables can match the exponential consumer demand for bandwidth, especially as developing countries come online and eventually match the data demand within developed economies.

Putting submarine cables at the heart of global economic growth

It is clear that the subsea cable market is facing a transformative decade ahead. There will be far more people brought online who will seek to use the internet to change their lives. Whereas in mature markets, demand will reach ever great heights and data transfers between nations will continue to increase.

While nations may decide it is in their national interest to protect certain data points, data flows will still face almost exponential rates of increase and consumers will generate more data through smart, interconnected hardware. Similarly, more content will be produced and consumed not only in developed nations, but around the world. This provides a massive opportunity for those who seek to connect the developing world and will allow such companies to play a transformative role in global economic development.