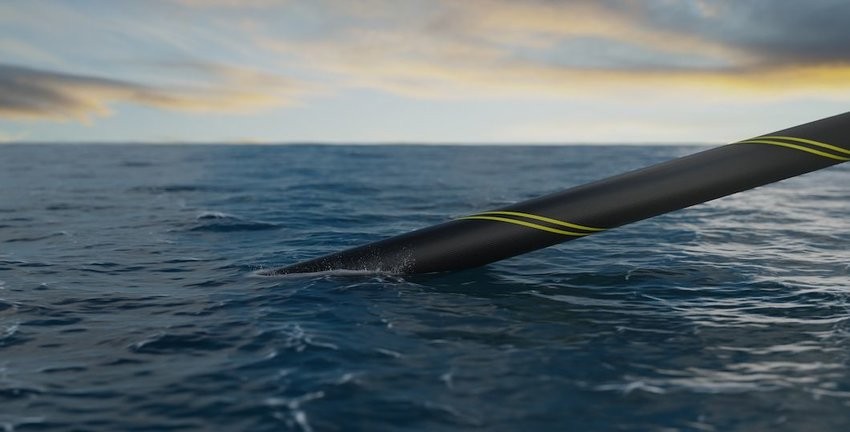 On January 29, 2020 Google and Facebook filed a request with the U.S. Federal Communications Commission (FCC) for special temporary authority to activate limited portions of the Pacific Light Cable Network (PLCN). The PLCN links Hong Kong with Los Angeles, and includes branching units to the Philippines and Taiwan. Construction of PLCN was completed in 2019, and reports have estimated the cost to design and build PLCN at USD$400M. The system is now sitting idle.

Nearly three years ago, Google and Facebook requested FCC approval to proceed with construction of the PLCN cable system, and expected the system to be operational within eighteen months. They then proceeded with construction under several temporary grants from the FCC. In parallel, a U.S. government group referred to as Team Telecom requested that the FCC defer action on final approvals for activation of the cable system to allow for Team Telecom to review the matter for national security, law enforcement, and public safety issues. The issues identified by Team Telecom are related directly to a PLCN partner called Dr. Peng Telecom and Media Group. Dr. Peng is a significant player in China’s national broadband market, but who allegedly has ties too close to the Chinese Government and Huawei.

Who is Team Telecom?

The collateral fallout to Google and Facebook associated with PLCN delays is substantial, including sunk costs for design, engineering, construction, and the impact of delays on implementing much needed network performance and capacity enhancements. Both Google and Facebook are also entrenched with Dr. Peng who is perceived by Team Telecom as problematic for national security reasons. On a broader level, there are also geopolitical and economic concerns, including potential lengthy delays implementing new subsea cable projects as they come under increased scrutiny, and the negative impact this may have on the fast growing U.S. digital economy.

Is it possible for Team Telecom and the OTTs to better work together? The implications are enormous. Arguably, the subsea cable landscape is the backbone of technological and economic change now occurring at an unprecedented level; even ushering in what is termed the fourth industrial revolution. Global communications networks supported by subsea cables are critical to delivering emerging technology breakthroughs in fields such as artificial intelligence, robotics, the Internet of Things, autonomous vehicles, energy exploration, national defense capabilities, and cyber security challenges. Additionally, the explosion of mobile device applications expected from new 5G wireless networks, and the exponentially accelerating shift towards cloud based services, all will dramatically increase the amount of data being transported on subsea cable systems. The emergence of new subsea market participants referred to as OTTs (cloud and content providers) are adding new dynamics as well by driving a profound shift in the ownership of subsea cable networks.

The hyper scale cloud companies and large content providers such as Amazon, Facebook, Google, and Microsoft are completely transforming the subsea cable market. They are no longer reliant on Tier 1 global network operators to provide capacity, and are simply building the necessary infrastructure themselves. This drastic change has not occurred over decades, but in just the last few years. Major OTT and content providers have been growing at such a rapid pace, that their need for additional bandwidth and related infrastructure has outpaced their ability to purchase it from others in a timely manner. Building their own subsea cable systems provides them greater control over assets, reduces their costs, improves network resilience and latency, and enables them to compete more aggressively in the global marketplace.

The OTTs emergence as the next-generation of subsea cable leaders and investors has also changed the market dynamics on how data centers are involved. The traditional model of landing new cable systems in dominant and traditional carrier operated cable landing stations is being cast aside. By building their own, or by working with neutral third party companies who own and operate a combined cable landing facility and a carrier neutral data center, the subsea cable systems become very attractive to customers seeking access to a dense, rich, and diverse ecosystem of networks to interconnect with.

There are many implications resulting from the rapidly accelerating trends above. The unprecedented scale and pace of change brought on by digital advancements is having a hyper-transformational impact on the relationship between governments and the private sector. In previous industrial revolutions, the transformational technologies such as electricity, railroads, automobiles, airplanes, and television, all took decades to evolve, and the private sector and governments had time to sort out rules and laws governing emerging norms. This is not the case with modern digital advancements. It’s hard sometimes to believe that Amazon sold it’s first book from Jeff Beezos’ garage in 1995, that Google was founded in 1998, that Facebook was started in a college dorm room in 2004, and that the first release of the iPhone was in 2007.

Governments and the private sector must find a way to balance their relationships, and coexist in a less adversarial and more cooperative and collaborative manner. Certainly easier said than done, but imperative if the true benefits of technology advancements are to realize their fullest potential in fast moving time frames and dynamically changing markets. Governments must realize that they are increasingly dependent on the private sector for the many benefits to society that advancements in technology contribute. The private sector must realize that it now sits on top of an enormous amount of data transmitted on subsea networks that can be exposed to cyber and other vulnerabilities. This includes serious threats to itself and a nations’ security if it ends up in the hands of hostile nation states and other adversaries. The mere fact that the private sector is in possession of large quantities of private data about individuals, enterprise, and government customers means that they are particularly vulnerable to malicious attack. The private sector must assume a greater burden in this area, but with the active support of Team Telecom.

Team Telecom will need to work on ways where they can address requests from the private sector to obtain classified information about threats, while allowing for the government to obtain reasonable information about potential threats to the private sector networks. Both sides have legitimate reasons to keep their information confidential, but ultimately, everyone should realize that without proactive collaboration, an effective and timely outcome will certainly be jeopardized. Changes in attitudes on both sides must occur in unprecedented time frames and mutually supported ways for this process to work. The fundamental relationship between the private sector and the government must be greatly altered if an effective balance between national security and the economic and social benefits of innovative and entrepreneurial initiatives are to be fully realized.

The request for special temporary authorization to operate the Philippines and Taiwan branches of PLCN appears to be a reasonable compromise, while the parties work out a Dr. Peng solution for the balance. The most important thing going forward is that the collective parties pursuing new subsea cable projects can “proactively” find ways to collaborate with Team Telecom and avoid an unfortunate situation like this. It is imperative to get in front of potential problems before they occur.

John Melick III, Co Founder and Chairman of Djibouti Data Center S.A.R.L., is an entrepreneur and a unique senior international telecommunication specialist who has been involved over the last 25 years in the evolution of communications technologies that have created opportunities to start, build, and manage growing technology companies in dynamic international markets.