There are different ways to meet the high traffic demand in Submarine cable. We need more capacity. Demands keeps on increasing. How we can achieve it?

Before 2018, the focus was on increasing the per fiber pair capacity. However, it has almost reached the maximum. Then why not, increasing the capacity in system level.

In the past, everyone’s goal was to maximize the amount of bandwidth per fiber pair, more wavelengths, and a higher bit rate per wavelength. Now the trend has been shifted to an emphasis on more fiber pairs in a single cable. These new cables being planned with so-called SDM.

Recently, we have heard announcements of SDM cable. Greater capacity can be realized through spatial division Multiplexing (SDM) in which more fiber pairs carry channels with lower power and signal-to noise ratio (SNR).

As per the sources, first SDM submarine cable will be Google’s transatlantic 6,400km Dunant cable, which supports up to 250Tb/s of overall capacity provided by an aggregate of 12 fiber pairs.

We expect more and more new Submarine SDM cable announcements in coming years. Next 10 years, it will be era Submarine SDM Cables.

Currently, it is single mode fibers & no multi core fibers used in Submarine SDM. May be in future multicore fibers may be used. 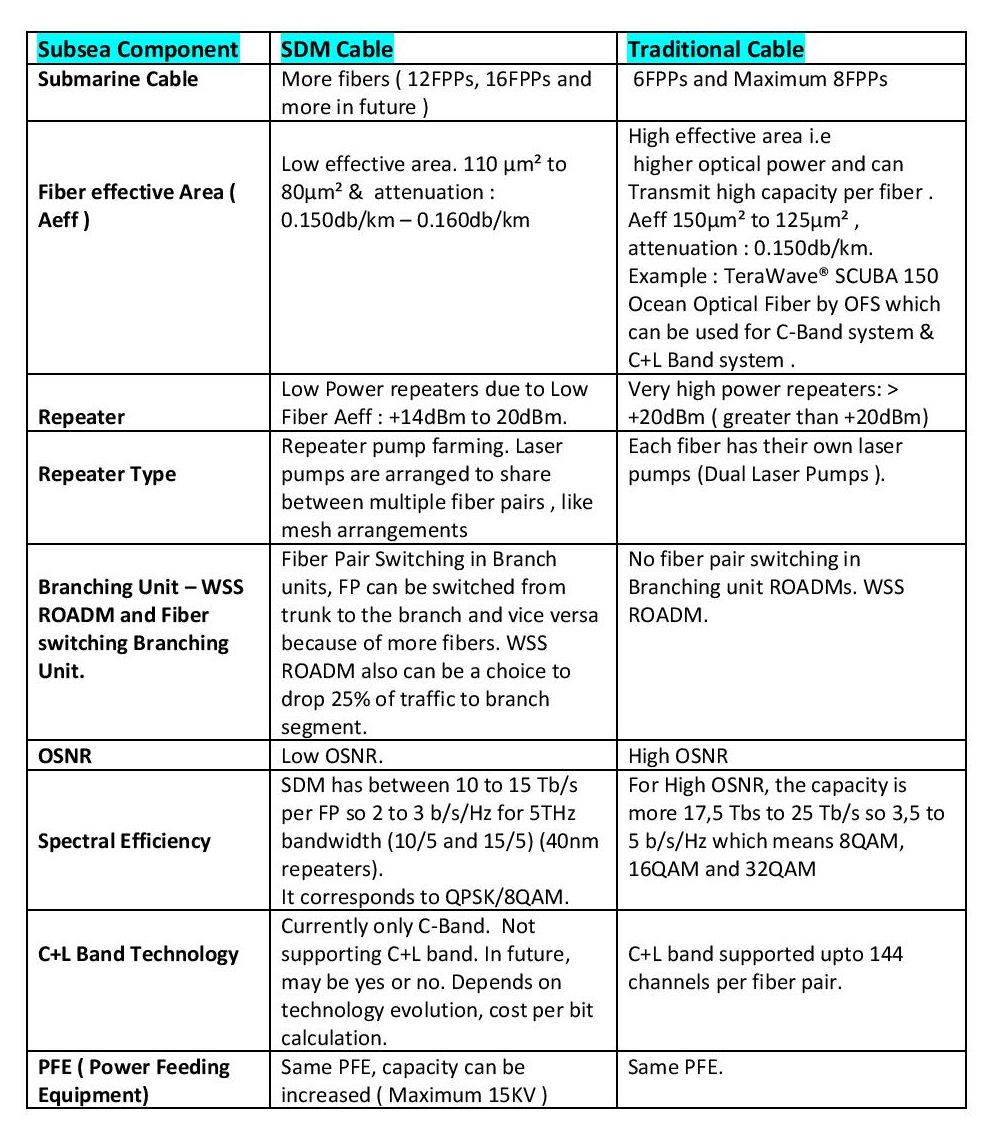 SDM is the efficient way to increase the capacity of Submarine Cable in system level. SDM is revolutionizing Submarine industry by using more fibre pairs, Low power, Low OSNR and Low Effective Area Fibres ( Aeff ). Currently, we are speaking about 200Tb/s -300Tb/s Submarine SDM Cable. Can we see 1Pb/s or more in future?