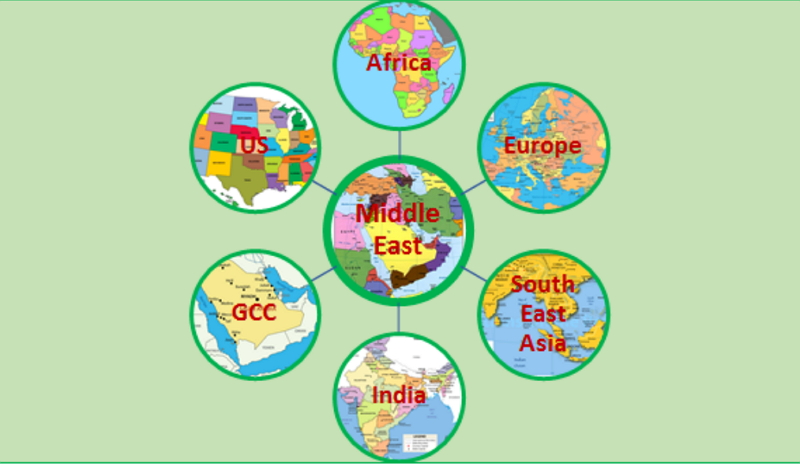 This is the 4th article to explore the fascinating world of subsea cables that continue to challenge the speed-limits of intercontinental optical transmission with newer advancements, greater programmability and volume production in optoelectronics along with more advanced optical fiber cables that maximize span of un-repeatered transmission. It can't be stressed more that the maze of subsea cables beneath the sea are fundamental to the global connectedness for every form of communication and the ubiquitous Internet for individuals, organizations and governments. With soaring demand primarily from content/cloud providers and new technology making economics attractive, new subsea cables will always be welcome. I started exploring the subsea cable landscape with a high level view of global picture, explored new trends with subsea cables and in the backdrop of 366 subsea cables and 1006 cable landing stations discussed - do we need more subsea cables. Thereafter I looked at the Indian market closely and explored the rapid developments unfolding with 20 subsea cables and 19 cable landing stations. Next I looked at continental Africa with 54 countries of which 37 countries has at least one submarine cable landing and explored the play of 24 primary subsea cables along and Eastern and Western Africa converging in South Africa that usher era of digital economy and the wider social upliftment to every country. In this article, I will take a closer look at the Middle East region that offers an interesting panorama of subsea cables and its regional uniqueness as tabulated below.

The Middle East region with 15 countries, has 14 countries landing 32 subsea cables complemented by 6 terrestrial cables with combined 105 cable landings. Subsea cables take advantage of the fact that every country has ample sea-shore except narrow stretches with Jordan and Iraq, and hence cable landing approaches from Persian Gulf, Arabian Sea, Red Sea and Mediterranean Sea. It is noteworthy that the 6 terrestrial or overland cables not only offer geographic diversity but avoid the submarine cable route bottleneck in Egypt and throttling dependency on Telecom Egypt.

The terrestrial connectivity from Middle East is primarily headed for Europe. There are three routes for the purpose, but all of them target to reach Turkey, as capacity and dark fiber lease from Istanbul at north-western tip of Turkey to Frankfurt through the East European countries is available at attractive commercials with multiple competing providers. Once route is Saudi-Jordan-Syria-Turkey. Two ambitious consortium cable projects were launched 5-6 years back - RCN and JADI. While the first phase of RCN is operational till Aman, Jordan, JDAI apparently stopped short of being operational reportedly due to political instability in Syria. The second route is to transit Iraq to reach Turkey. Optical fiber connectivity in Iraq has notably improved considerably in the last 2-3 years, and dark fiber lease is commercially feasible. GBI-North takes advantage of this router from its landing point of GBI/MENA in the 58 Kms narrow stretch of seashore at Al-Faw. The third and the most ambitious route through taken by the EPEG cable through Oman, Iran, Azerbaijan, Russia, Ukraine, Slovakia, Czech Republic-Germany. Some of these cables like AMEER offers lower round-trip delay (RTD) of 101ms from the Datamena facility in the UAE to Frankfurt, beating competing routes by 20-30 milliseconds. Hence it commands a price premium and preferred by low latency (LOLA) providers.

50% of the 39 cables that serve Middle East land in three countries, UAE, Saudi and Oman. UAE leads the pack with 19 cables, followed by Saudi and Oman respectively. Fujairah in UAE where 13 subsea cables land with Etisalat and Du, is the sought-after location to cross-connect capacity between subsea cables for different design requirements, route preferences and latency. Cross-connect charges are quite high and the provider community has had a long standing ask for the charges to be lowered significantly. It's interesting to note that cross-connect charges are considerably lower if the capacity terminates in UAE, instead of transiting. That said, provider loyalty and volume purchase does provide bandwidth for negotiations. Overview of UAE is incomplete without referencing the duopoly of Etisalat and Du, that operate open-access datacenters SmartHub and Datamena, that are epicenter of cross-connect to access subsea and terrestrial cables. However, SmartHub and Datamena remain unconnected till date, much to the displeasure of the providers that seek to leverage subsea and terrestrial cables landing with Etisalat and Du. Smart workarounds do exist with connectivity routed through Oman, but that option never gained traction. Some providers with network presence in UAE partner with both Etisalat and Du, while some stick to one for the loyalty bonus. Moving over to Oman, all but one of the subsea cables land with the incumbent provider Omantel. The only subsea cable that lands with the alternate provider Ooredoo Oman is TGN-Gulf, a consortium subsea cable led by Tata Communications. None the less, appetite of Omantel to participate in nearly all the major consortium cables is praiseworthy. Omantel has also ventured oversea to setup cable landing station for AAE-1 in Marseilles, France. An interesting phenomenon observed occasionally is, providers aligned with Etisalat or Du in UAE, make use of cross-border connectivity to Oman in order to access subsea cables that they are not able to access in UAE. The next pit stop is Saudi that has unique geographic advantage with access to Persian Gulf where the subsea cables land in Al Khobar and Red Sea where subsea cables land in Jeddah, except for SMW5. The three providers - STC, Mobily and ITC control the subsea cables with the incumbent provider STC leading the pack. Saudi also has terrestrial cross-border connectivity with Kuwait, Qatar and Bahrain and providers these countries with Red Sea exit at Jeddah. Further it is quite interesting to note that every country has multiple cable landings, 3 being the minimum for Iraq. Surprisingly Iran and Yemen have 7 and 4 subsea cable landing respectively, yet the service providers know the excruciating challenges to get local access feasibility, long drawn service delivery and the exorbitant commercials.

Most of the incumbent providers in Middle East, barring a notorious few, allow activation of wholly owned capacity on subsea cables by other consortium members in good faith, provided the activated capacity is explicitly used for backbone connectivity for PoP setup. This however does not apply while offering IPL service to Middle East entity of multi-national customers. At times, the incumbent providers in the spirit of partnership are agreeable to contribute the backhaul connectivity as well, though it is somewhat subjective and situational. This arrangement though commercially attractive for PoP setup, leads to unsaid exclusivity where the provider setting up PoP is bound to buy the local access from the incumbent provider, that the provider community will unanimously proclaim, is priced exorbitantly. The being the market dynamics that the providers have come to accept, a lot needs to happen in Middle East to rationalize local access pricing and truly open access to subsea cables without strings attached.

The subsea cables that land in maximum number of countries in Middle East are FALCON and GBI/MENA followed by AAE-1. FALCON and GBI/MENA land in 9 countries in the Persian Gulf. FALCON, owned by Global Cloud Xchange (GCX), uniquely encircles Middle East landing in Saudi at Al Khobar in north and Jeddah in south. Quite the same is achieved by TGN-Gulf that lands in Al Khobar and TGN-Eurasia that lands in Jeddah with the cables cross-connecting capacity in Mumbai. Dynamic switching of wavelengths towards Europe without tromboning Mumbai for competitive equalization could be achieved with ROADM deployed at the branching unit near Oman where TGN-Gulf meets TGN-EA. AAE-1, RFS in June 2017, is 25,000km consortium cable and the largest submarine cable to be constructed in almost 15 years, lands in 6 countries. The other cables land in progressively lesser number of countries, however the number of such cables increases considerably as depicted above. While some of these are large well-known consortium subsea cable systems, but land in few countries, the others are small cable systems connecting just 2 or 3 countries.

The ecosystem of subsea cables and terrestrial cables in Middle East can be categorized to assess its relative importance for the Middle East region. Out of the total of 39 cables, 15 cables are serving Middle East region only. The 5 terrestrial cables headed for Frankfurt play a key role and discussed in a section above. Some of them are point-to-point short distance cables that serve a specific country like Iran, Djibouti, Sudan, Turkey and Kenya. It merits to refer to subsea cables in the Mediterranean Sea connecting Turkey, Lebanon and Syria to Cyprus, for onward connectivity to Europe. These include UGARIT, CADMOS, BERYTAR and MedNautilus. These subsea cables though make the count look impressive, does not contribute to the overall connectivity equation in the Middle East region. Turkey merits a special mention with respect to subsea and terrestrial cables due leading participation from Turk Telecom International (TTI) and Turkcell Superonline (TSOL) that have made Turkey the nodal point for connectivity to Europe. With growing interest in Africa, there are 3 Subsea Cables in the pipeline - Africa-1, PEACE and Gulf2Africa, scheduled to be operational in the next 12-18 months. However, their contribution to Middle East could be questioned with Afica-1 and PEACE landing in Pakistan and reportedly serving interests of China. Further it remains to be seen if these subsea cables manage to get funding to see the light of the day.

To sum up, the Middle East region has healthy ecosystem of subsea cables that are uniquely complemented by cross-border terrestrial cables to create a competitive landscape with ample options to suit every scenario of connectivity requirement. Capacity and cross-connect pricing are on year-on-year decline, providers are more responsive and forthcoming to negotiations, reciprocate spirit of partnership to stimulate demand for capacity, interconnect and transit. It is expected the cable systems, subsea and terrestrial, would be interconnected cooperatively to create a borderless connectivity fabric across Middle East extending to India, South East Asia, Africa and Europe.