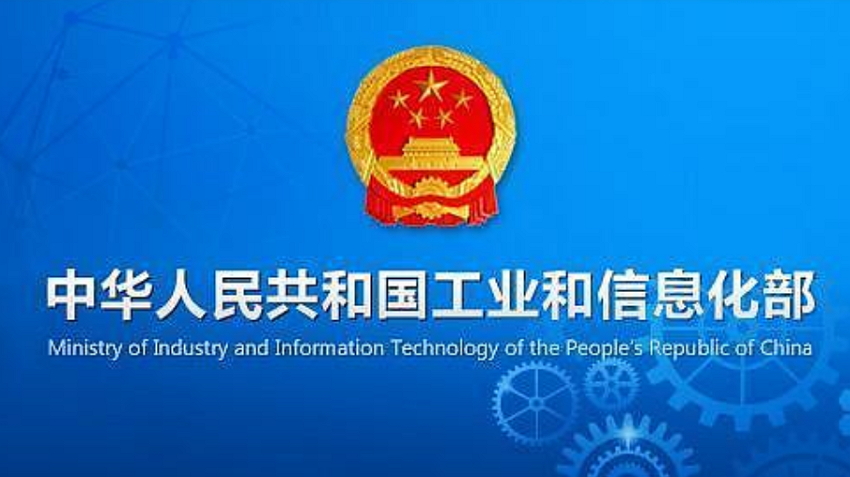 According to Bloomberg news, BT has botained two nationalwide domestic telecom licenses in China and become the first non-Chinese telecom company to receive nationwide licenses in China. The news has been confirmed by BT, Chinese media and government authorities. 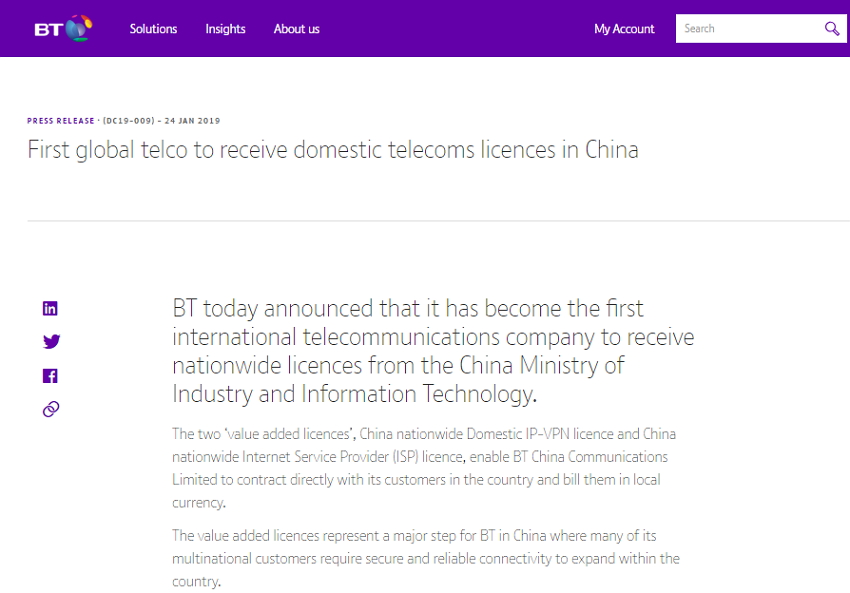 This enables BT China Communications Ltd. to contract directly with customers and bill them in local currency.

BT said it welcomes this “major step for BT in China” as multinational BT customers require secure and reliable connectivity to expand thire business in China and globally.

According to Chinese authority, the licenses were granted to BT's jointly venture in China, BT Communications Counsting (Shanghai) Co., Limited (英电通讯信息咨询（上海）有限责任公司, or BT Shanghai). BT Shanghai was incorporated in Shanghai Free Trade Zone in 2015. BT Hong Kong Limited owns 50% of shares in BT Shanghai, while the remaining 50% of shares is owned by a 100% domestic company in China.

These two licenses are only valid for domestic telecom operation in China. BT still needs to acquire services from other licensed operators in China for international telecom services, such as International Private Line and International IP-VPN, etc.

Granting BT nationalwide telecom licenses in China, it shows a close cooperation between the Chinese Government and the UK Government and it is a sign for the further opening-up of telecom business operaton in China.

There are applauses from various of media, enterprises, netizens, most of which don't realize or understand what BT can do with their new telecom licenses in China. Most of them have an unrealistic fantasy to think BT as a new compitetor to dominant telecom operators in China such as China Mobile, China Telecom and China Unicom. In fact, BT's telecom licenses in China are only available for value added and domestic telecom services in China. There are many restrictions on what BT can do in China.

There are even accuses from regulators and operators in China, that BT has been publicized excessively or overpbulicized. They are saying: a) the licenses are not granted to BT Group (as an foreign teleco), while the licenses are issued to BT Shanghai which is a 50%:50% joint venture of BT Hong Kong and a domestic company; b) such licenses have been issued earlier to other global teleco's joint venture in China, BT is not the first one.

There are later news from China Daily and Xinhua News which represent more official voices from China. Building on these efforts, the country will implement previously promised opening-up policies in fields including automobiles and telecom, Xinhua News said. This is also the Author's first viewpoint on granting BT nationalwide telecom licenses in China.

For truely understanding of telecom licenses and telecom industry in China, the Author would be your trustable consulting source.